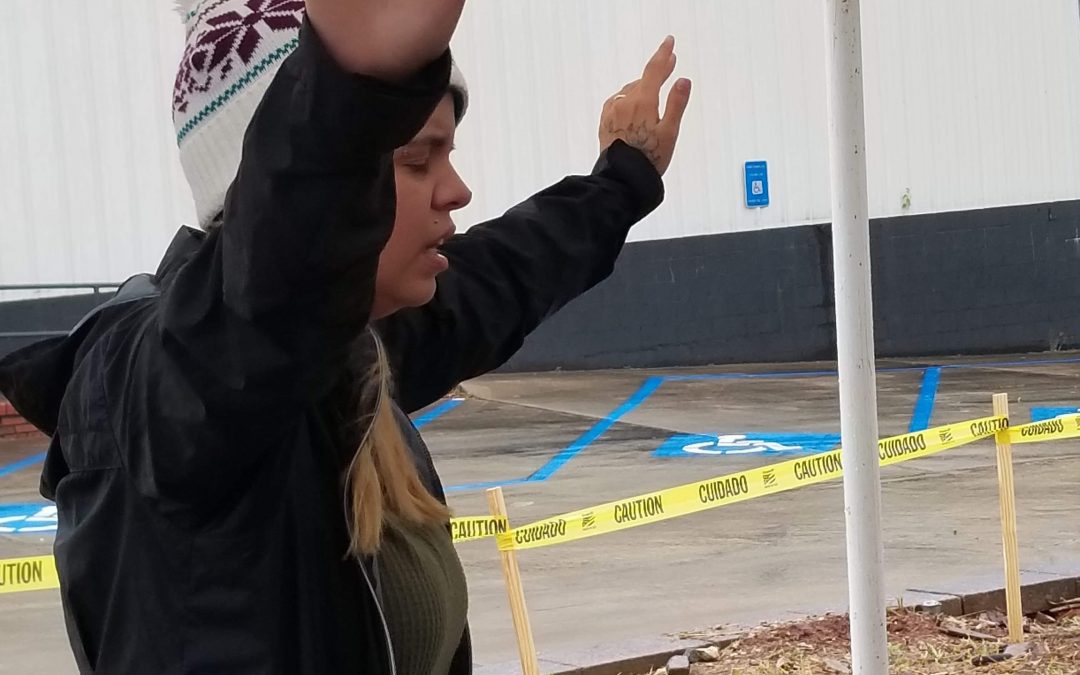 On November 16th, we sent out six groups of people who are involved with various churches across the Chattahoochee Valley to share the love of the Lord with neighbors in Columbus GA and Phenix City AL. One group went across the river to a neighborhood near the church: Praise Ministry Tabernacle. As the group walked down the street, they came to a house and knocked on the door. The couple who answered were actually just friends of the people who owned the home. Our team talked with the couple and shared the love of Jesus with them. In the end, the woman gave her life to Christ!

Later, the group encountered a 17 year old boy and his little brother. They too received the gift of the Gospel and prayed the prayer of salvation! About thirty minutes later, the team met four children: 3 boys and a girl. As the team shared the Truth of the Gospel with them, the Lord moved in their hearts, and they too prayed the prayer of salvation! What could have been just a normal, leisure Saturday in November turned into a powerful day of encountering people with Christ’s love. Many lives were ministered to and 7 people gave their lives to Christ! God be praised!

I learned about Take The City through a young lady at our church about 5 years ago and after going on my first outreach, I was HOOKED. I fell in love with the family environment, organic evangelism, and genuine love that I experience here.  The training, connections, and opportunities that I’ve been blessed with here have been nothing short of life-changing!  God bless my TTC family.