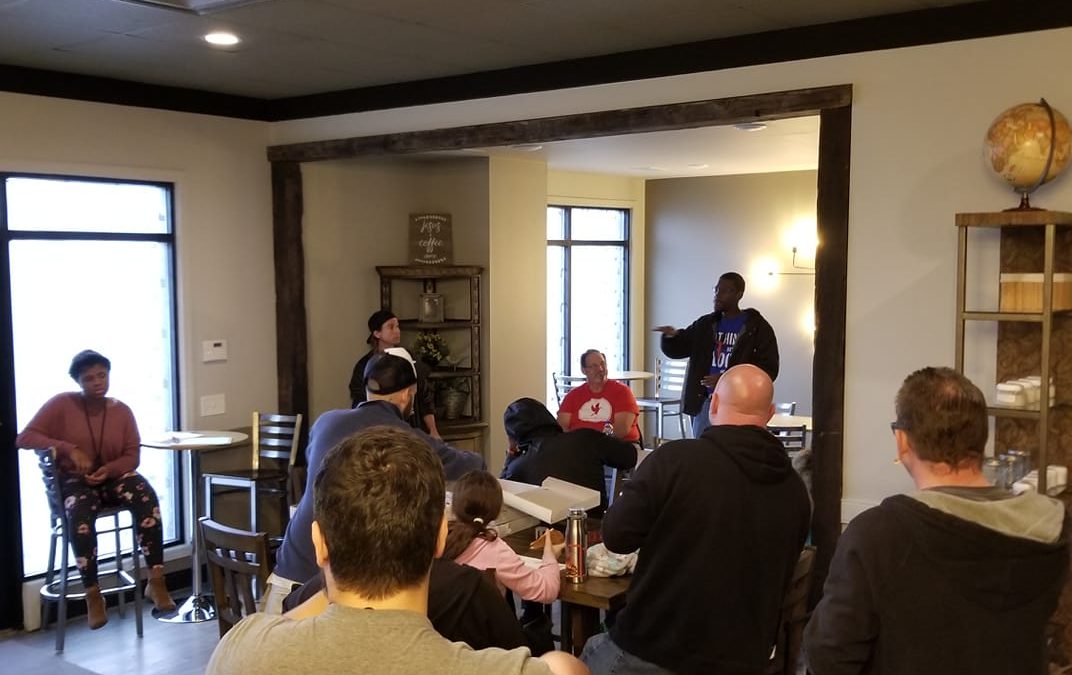 On Saturday morning February 22nd, many believers gathered from all over Columbus, GA and Phenix City, AL. After we prayed together and received training, our teams split up and went to the East Wynnton area, the Elizabeth Cante apartments, and the East Highland community. One more team meant to walk around the neighborhoods around Take the City but the Lord had other plans.

Andrew Chalmers and his team gathered things together to pass out i.e. cookies, Harvest Coffee cards, and Gospels of John. They intended to walk around 2nd and 3rd avenue, pass out cookies and invite people to the coffee shop and prayer room. While they were getting ready though, a rush of people came into Harvest Coffee to purchase coffee and ice cream, and Andrew stepped in to help.

Andrew’s team began to minister to people as they came in. One woman came running into the building. Out of breath and in tears, she explained that her boyfriend started getting angry and began to fight her. She ran out and came to Take the City because she didn’t know what else to do. Our team circled around her and began to pray for her and the situation. She calmed down, and one of the guys was able to walk back with her to her house and get the situation sorted out. Later, the woman returned to the building, smiling. She was grateful for the ministry she had received. As she left the building once more, she chased a woman down in the parking lot to pray for her. The woman went from receiving ministry to being able to minister to someone else. God is good.

The next week on Tuesday this woman’s daughter actually ended up coming back and brought her kids to take part in our Tuesday Tutoring program!! It’s amazing seeing how God is using this simple encounter to impact this whole family for the gospel.

Join us as we go out next month at 10 am on Saturday, March 21st! If you would like more information, email katherine@take-the-city.com 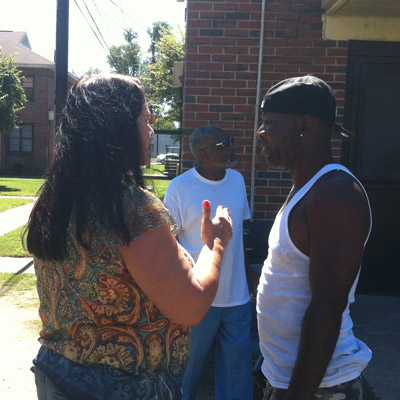