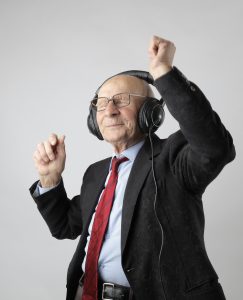 There is a story I’ve become familiar with in my last ten years of being a Christian. It goes something like this—

On one hand, the congregation has a point. I actually strongly agree that it is right for young believers to seek wisdom from the word of God and from stronger believers in the faith. On the other hand… I cringe at the idea that acquiring wisdom equates with losing zeal for Jesus. Not only is it unnecessary, but I believe it’s actually unbiblical in many ways. I’ll explain, but first let me share a story.

When I came into the faith I was a young man who’d just come out of a lifestyle of drug addiction. I was a zealous drug user so it only made sense to me that I’d be just as zealous for Jesus. Even without this logic, Jesus was simply too amazing to me to “let my fire cool down.” My first year in the faith was spent in a faith-based recovery program and I was known as the guy who sang too loud, lifted his hands too high, and went to the altar too much. I think I annoyed a lot of my peers, but I honestly didn’t care much. I just loved Jesus!

Six months into the program our executive director, an older gentleman who I respected, was found to be embezzling money from the program. Before this occurrence I respected him because his sermons were outstanding, but honestly, outside of his opportunities to preach to us, I didn’t see much of him. He seemed to be wise, though, and at the time I really looked up to that.

He was let go as the executive director and another man came to replace him. Like the former director, he was an older gentleman, seasoned in the faith. Also like the former director, he was an outstanding preacher. But he preached with a spiritual authority I’d never seen before. He also sat down to eat with us students at meals and glean from our experiences. What impressed me so much about him, though, was his passion. When he talked about Jesus he lit up like a candle. This was a man with wisdom and zeal. The man simply oozed Jesus!

From that moment on I learned the kind of people to seek out to be discipled by. It was not the ones who had head knowledge, even though I still had much to gain from them. It was the ones with raw passion for the Lord — even if this meant that they were younger believers in the faith that had passion but didn’t have a lot of head knowledge. I found I was much more ministered to by them than older believers with little to no passion. Something that’s always held much more weight to me than mere head knowledge, or even just being morally upright, is zeal for Jesus.

One of the greatest precedents we actually have for Biblical discipleship is the relationship between Paul and Timothy. In fact, their relationship was so intimate that Paul even referred to Timothy as a son (1 Tim. 1:2). Paul mentored Timothy on a very personal level through in-person, face-to-face relationship dynamics, but when he couldn’t be with him in person he wrote him letters, resulting in 1st, 2nd, and 3rd Timothy.

Picture it with me… Paul, at the very end of his life writes this heartfelt epistle (in fact this is arguably the very last epistle he ever wrote) to Timothy, his young spiritual son. The letter is chock-filled with wisdom, yet it is not lacking in zeal whatsoever. Paul wouldn’t dare instruct Timothy to let his spiritual fire “cool down” that he might gain more wisdom. On the contrary, he reminded him to “fan into flame the gift of God, which is in you through the laying on of my hands…” (2 Tim. 1:6-7). Essentially, Paul tells Timothy what his secret has been all this time— it’s the fire!

Don’t misread me. Paul also has plenty to say about character qualities such as obeying and studying the scriptures. My point is he didn’t have to downplay zeal to magnify wisdom. In fact, according to Paul, not only should we keep the fire burning, but we’d be even wiser to let it increase! He essentially says, “Hey, Timothy. You know that passion for Jesus you feel right now in this moment of youth? Yea, that’s really just an ember and you should let it grow into a fire.”

Let me ask you, “What would you expect to see the most seasoned and mature Christians doing in heaven?” The 24 elders in Revelation answer this question beautifully. When John first begins describing the elders, they are portrayed as some of the closest ones to the throne of God. They are wearing glorious crowns on their heads, each seated on majestic thrones themselves. We may say this represents their wisdom among other things, which were gained through following the Lord when they were on the earth. This is pretty amazing.

Later on, whenever they see the Lord in His glory, they “fall down before him… and worship him who lives forever and ever. They cast their crowns before the throne…” (Rev. 4:10).

As amazing as their thrones and crowns are, at the moment of His appearing, they become completely obsolete. The thrones are abandoned, their crowns cast at His feet. Like Paul, they considered “everything a loss in comparison with the superior value of knowing Christ Jesus…” (Philippians 3:8 CEB). Surely “the foolishness of God is wiser than man’s wisdom” (1 Cor. 1:25 NIV).

I close this blog with a recommendation—to the old and the young—that we go ahead and start thinking about wisdom the way heaven does. In heaven the ultimate foolishness is to be found without zeal. Wisdom is not separated from zeal. True wisdom is actually birthed from zeal. So go ahead. Lose your minds over His goodness. Sing all the time about His love. Pray without ceasing. Love one another without reserve. Witness to everyone you can about His grace. Just go wild for Jesus. In the end that will be all that matters.

In the meantime, remember— the wildest worshipers in heaven are actually old folks.

Join in the zeal of knowing Jesus in our prayer room with live worship sets from 12pm-2pm M-Sat. and 6pm-8pm M-Thurs.!